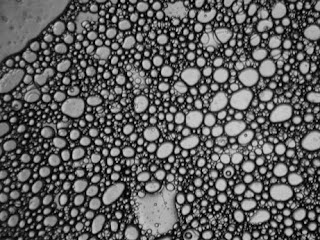 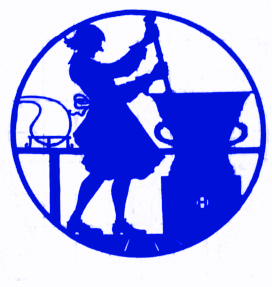 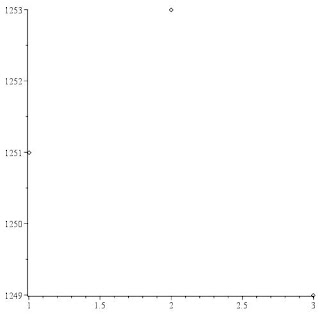 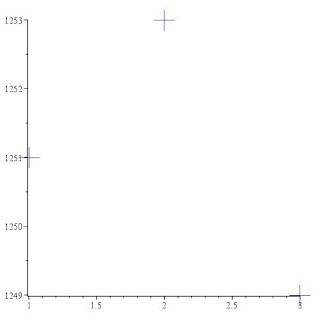 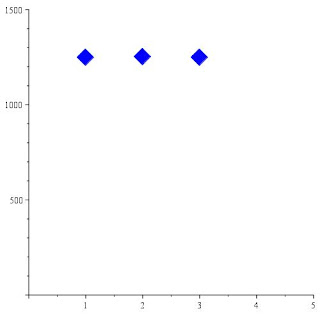 The 10th International contest for note by note cooking

Of course, it deals with questions of nutrition, toxicity, and is part of the large “Note by Note Project” for sustainable development, important for feeding humankind in 2050, when the population of the Earth will perhaps reach 10 billion people. This project is an important contribution to the fight against spoilage, while sparing water, energy, foodstuffs, and taking care of the environment.

The goal of this 10th contest:

For this new contest, we invite competitors (in the three categories: chefs, students, amateurs) to create dishes that include savoury dice and make use of fibers; Rubik’s cube systems are to be avoided..

The closer to pure note by note, the better. And the flavour of the proposed dish is mostly important obviously !

Dice are well known, and they can have any structure, colors, flavours… but for this 10th contest, it is proposed to avoid sweet products, which does not mean that using sweet compounds in the proposed recipes: after all, in traditional cooking, carrots, onions and other plant tissues are containing D-glucose, D-fructose and sucrose, even in savoury dishes.

Fibers, on the other hand, are now gaining importance in human food, because of the recent discoveries about the importance of the microbiota.

For more than 15 years, the international CODEX Alimentarius Commission debated a definition of fibre and was agreed in 2009. The European Commission (EC), in line with discussions at CODEX, previously agreed a definition for fibre in November 2008. The EC defines fibre as saccharide (they say “carbohydrate” but this word should be avoided, as saccharides are no hydrates, chemically speaking) polymers with three or more monomeric units (to exclude mono- and disaccharides, simple sugars of one or two molecules). These polymers are neither digested nor absorbed in the small intestine.

Dietary fibre consists of one or more of:

- edible carbohydrate polymers naturally occurring in the food as consumed;

- carbohydrate polymers that have been obtained from food raw material by physical, enzymatic or chemical means and which have a beneficial physiological effect demonstrated by generally accepted scientific evidence;

With the exception of non-digestible edible carbohydrate polymers that occur naturally in foods, the definition states that there should be evidence of a beneficial physiological effect of any other material captured by the definition. Any beneficial physiological effect of other material needs to be supported by generally accepted scientific evidence.

Discussions about how best to measure dietary fibre so as to enable consistent applications of the new definition are now underway at a European level.

What difference does the new definition make? Up until the recent EC definition was published, fibre intakes in UK have typically been expressed as non-starch polysaccharides (NSP). NSP is broadly the cell wall compartments of plants and include cellulose, hemicelluloses, pectins, gums, mucilages and beta-glucans.

The CODEX and EC definitions recognise there are other compounds that are not digested nor absorbed within the human digestive tract. For example, resistant starch and oligsaccharides based on fructose, galactose or maltose are all included within the CODEX dietary fibre definition. Micro components such as waxes, cutin and suberin are also included. However, the UK food composition dataset and the National Diet and Nutrition Survey continue to use NSP as a measure of dietary fibre.

There are various types of fibre, some of which are almost completely fermented by gut bacteria, whereas others are less fermentable. These less fermentable fibres are present for example in cereal grains including wheat, rye, barley and oats and bind water, increasing faecal bulk, and reducing transit time. These fibres can be helpful in reducing constipation.

Fermentable fibres are present in fruits, vegetables, nuts and oats and provide fuel for bacteria, which may encourage a healthy microflora in the gut. Some fermentable fibres, e.g. beta glucan, in oats have other health benefits including helping to maintain healthy cholesterol levels and moderating blood glucose levels.

For the criteria, the first goal of competitors is to produce dishes that :

1. include fibers and savoury dice

2. are as close as possible to pure note by note cooking (i.e., using pure compounds)

- “practical note by note cooking” technique allows the use of mostly pure fractions: for example, oil is a mixture of triglycerides, or corn starch is only 80 % pure amylopectin, but it would not change much if one particular triglyceride were used, on pure amylopectin. And, of course, why not mix the new ingredients and old ones (meat, fish, egg, vegetable and fruits)… but the closest to the pure note by note technique the better.

The participants will be free to purchase the ingredients or to product them by themselves. For example, lixiviation of flour can product gluten and starch, and storing oils in the fridge or in the deep freeze can make various fat fractions, with different properties.

For odours, they can be extracted by various means (storing a raw material in oil, distillation, etc.), but odorant compounds can now be found on line, in companies such as Iqemusu (www.iqemusu.com).

For the contest, participants have to apply in various categories

(1) Professional chefs: they will be judged on their skills to produce a recipe using pure compounds or a mixture of pure compunds and designing the shape, colour, texture etc. This group have access to specific note by note ingredients and specialized equipment in professional kitchens and should have a good skills level.

Like the professional chefs, the former most likely have access to specific note by note ingredients and special equipment. The other students may or may not not have access to these ingredients or equipment. In the case of the culinary student the judging criteria is similar to that for the professional chefs but the level of skills of culinary arts students may be less. If the other students have a science background, the judging criteria could include the use of scientific knowledge to maximise the use of ingredients which were available.

(3) Amateurs - the best use of ingredients which were available.

Where can you find the ingredients?

Some can be extracted. For example, if you acidify milk and extract curds (mostly casein), you prepare the whey. Or from wheat flour, if you make a dough and wash starch off to, you can separate gluten (that can also be bought at bakers).

There are other cheap ways to get ingredients:

- look for deals on the internet through companies such as Amazon

Each proposed dish will have to be :

The candidates will have to accept that their recipes and pictures can be used (with their name) by the organizers and the partners of the contest (see authorization of use in the bottom of this document).

Include dice and fibres

Originality of the work.

Using pure compounds will be preferred to using fractions.

Of course, the productions should not be toxic.

The flavour complexity will be appreciated : dishes have a shape, consistency, odor, taste, trigeminal sensation, temperature…

Who can participate?
The contest is free, open to all. But there will be different categories:

For applying, it is enough to send an email to icmg@agroparistech.fr with post address, phone number, signed authorization of diffusion of the contest material.

Then, for proposing the result, one has to send a file (fichier .doc) to icmg@agroparistech.fr describing the recipe in details, with a powerpoint document (fichier .ppt) showing the various steps and the final result, with high resolution pictures 300 dpi.

The evaluation will be performed in two stages:

1. display of all recipes, and preselection by a jury, with possible votes by the public

2. evaluation between preselected recipes by a Jury composed of:

Prizes will be given by the partners. The best results will be displayed on various internet sites (Forum Note à Note d'AgroParisTech...). They will be shown on posters during itinerary exhibitions.

Thanks to our partners

From Molecular Gastronomy to its applications :

« Molecular Cuisine » (it is over)

and « Note by Note Cuisine» (don't miss this next world

gastronomy» (remember that the word « gastronomy » means « knowledge », and not cuisine, even haute cuisine ; in the same way, Molecular Gastronomy does not stand for cooking!).

The aim of Molecular Gastronomy was, is and will be forever : looking for the mechanisms of

2. An application in the kitchen

In the beginning of the 80's, we introduced also «Molecular Cuisine », whose definition is :

In this definition, the word « new » stands for what was not in kitchens of the western countries in 1980.

For example : siphon (to make foams), sodium alginate (to get pearls with a liquid core, spaghettis of vegetables, etc.) and other gelling agents (agar-agar, carraghenans, etc.), liquid nitrogen (to make sherbets and many other innovative preparations), rotary evaporator, and more generally, the whole set of lab's equipment when they can be useful. For methodes, you will easily find on line recipes for “chocolate chantilly, beaumés, gibbs, nollet, vauquelins, etc. ( Cours de gastronomie moléculaire n°1 : Science, technologie, technique (culinaires) : quelles relations ?, Ed Quae/Belin)

Of course all these items are not completely new (many gelling agents are used in Asia for millenia, and many tools are used daily in chemistry labs), but the goal was to modernize the technical component of cuisine.

Yes, the expression « Molecular Cuisine » is poorly chosen, but it had to be introduced at some time... and it is not within the Encyclopedia Britannica Dictionnary. And Molecular Cuisine will disappear... because of... see below !

3. The next culinary trend : Note by Note Cuisine !

The next proposal is much more exciting, and its name is NOTE BY NOTE CUISINE.

It was first proposed in 1994 (in the magazine Scientific American) at a time when I was playing at using compounds in food, such as paraethylphenol in wines and whiskeys, 1-octen-3-ol in dishes, limonene, tartaric acid, ascorbic acid, etc.

The initial proposal was to improve food... but the next idea was obvious, it is to make dishes

Let's say it differently. Note by Note Cuisine is not using meat, fish, vegetable or fruits, but rather compounds, either pure compounds or mixtures, such as electronic music is not using trumpets or violins, but rather pure waves which are mixed in sounds and in music.

Here, for Note by Note Cuisine, the cook has to :

– design the shapes of the various parts of the dish

The feasability of this new cuisine was already shown by many meals :

Kong by Pierre Gagnaire in April 2009

– two dishes shown at the French-Japanese Scientific Meeting (JSTS) in Strasbourg, in May

– Note à Note meal served the 26th of January 2011, as a launching event of the International

Year of Chemistry, at UNESCO, Paris, by the team of Potel&Chabot

– Note by Note dishes made by chefs of the Toques Blanches International Association, in

Many questions arise from this new cuisine:

1. humankind is facing an energy crisis : it is not sure that traditional cuisine is sustainable (it

2. the New will always beat the Old

3. cracking products from agriculture and farming is already done for milk and wheat ; why

4. The objections made to Note by Note cuisine were done half a century ago against

electronic music, and guess what you hear at the radio today ?

In other words, are not we at the equivalent of 1947, when musicians such as Varèse and some

others were investigating electronic music ?